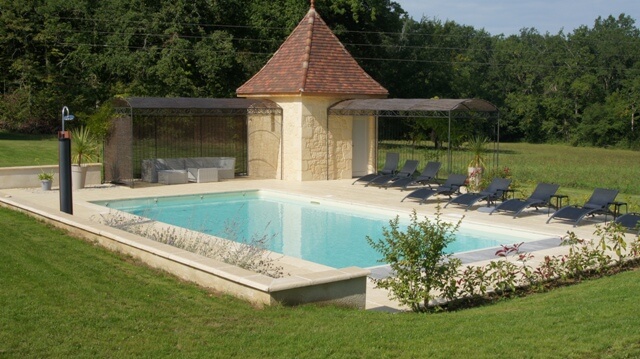 The build was carried out in April 2013, a particularly wet month. Although it rained almost continually, the team did eventually manage to complete the excavation and get the initial structure in place. The job was made even more difficult as the land was mainly clay which, when mixed with the rain, created a very difficult working area .

One benefit of the rain though was to highlight the need for a wall, with a drainage channel at its foot. This helped to divert water that was running down the slight slope to the pool, from getting to the terrace.

The client retained a local builder to erect the pool house so we laid the concrete base, bringing the electrical and hydraulic services up through it, to ensure a tidy pool room.

Initially a Klereo system was specified for managing the water, but this was later upgraded to a PoolCop system.